Electricity at UBC is provided primarily by BC Hydro via two transmission lines through Pacific Spirit Park. The BC Hydro lines connect to two UBC-owned sub-stations. 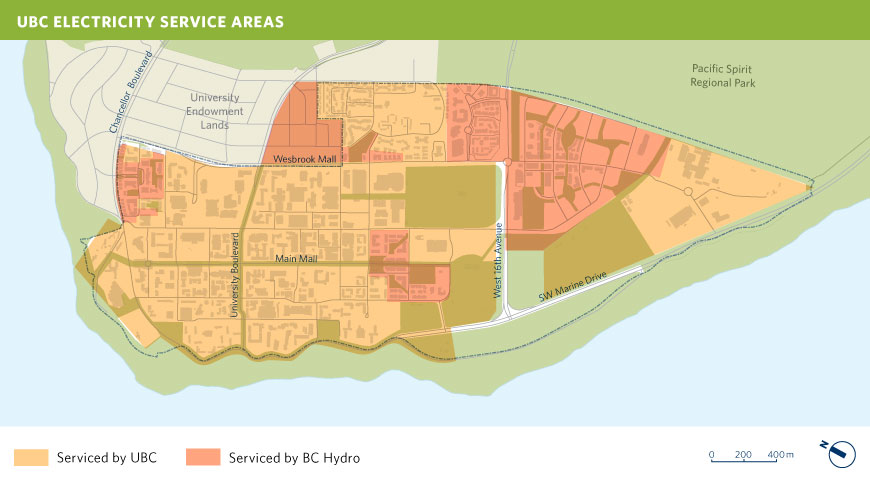 The South Campus power distribution network is an open loop (or ring) system. This system has one feeder circuit, which starts from the substation circuit breaker and loops between all buildings on the South Campus. From the last building, the feeder circuit loops back to the substation, but connects to a separate circuit breaker. One building in this loop is selected as the “open point”, using manually operated isolating switches. The open loop system allows buildings to receive power from either circuit.