In 2017, UBC shut the doors of its steam plant replacing the system’s primary energy source with the new 45 MWt Campus Energy Centre which, together with the distribution, improves energy efficiency by greater than 24 per cent.

In 2012, an IDEA Innovation Award winning and first-of-its-kind in North America 6MWt biomass gasification system and 2MWe cogeneration unit was added to provide renewable electricity and thermal energy for the campus. Today, 25 per cent of the campus’ heating and hot water needs are met by using clean wood waste.

Looking ahead to 2020, UBC will be tripling the capacity of its biomass plant, energizing 70% of the ADES with clean waste wood, saving an additional $1.0 million annually and drastically reducing greenhouse gas emissions. 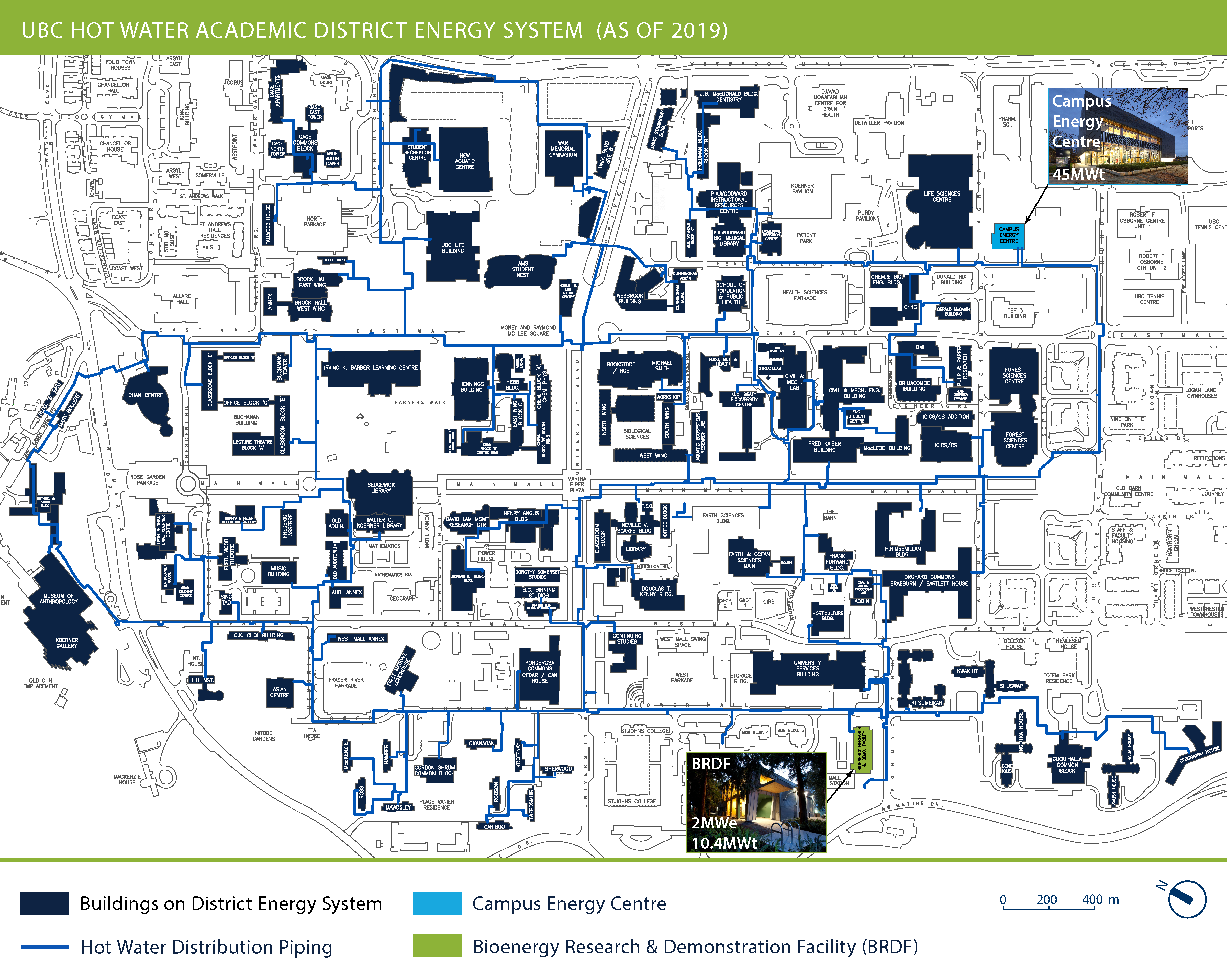 In 2011, UBC partnered with the University Neighbourhood Association (UNA) to develop the UTown Community Energy and Emissions Plan. The most impactful action agreed upon to reduce GHG emissions is the implementation of a low carbon Neighbourhood District Energy System (NDES). The NDES will replace the mix of natural gas and electricity traditionally used to heat UBC’s neighbourhood residential buildings. 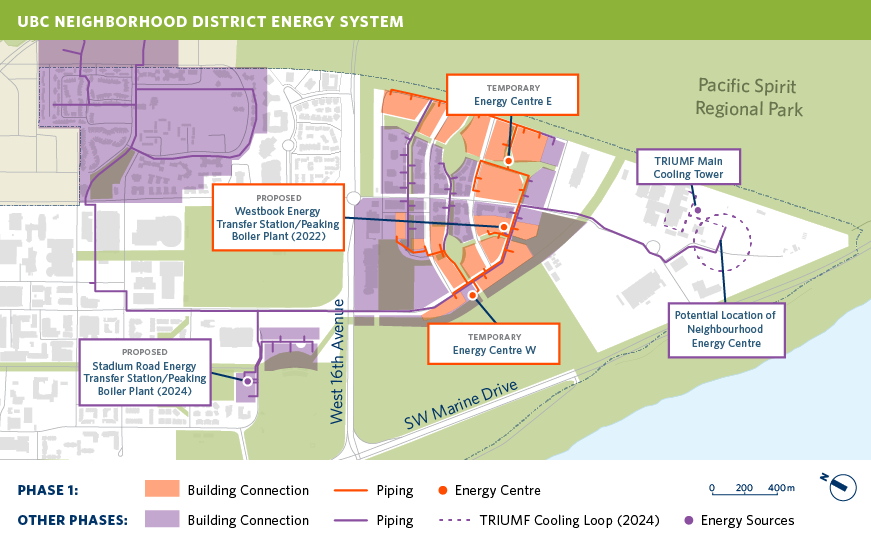 UBC completed a feasibility study in 2012 to explore the technical and economic viability of the NDES. The new NDES will use high-efficiency natural gas (NG) boilers. At some point in the future, we also anticipate using waste heat energy recovery from the TRIUMF Particle and Nuclear Physics Laboratory facility in South Campus to supplement the NG boilers. 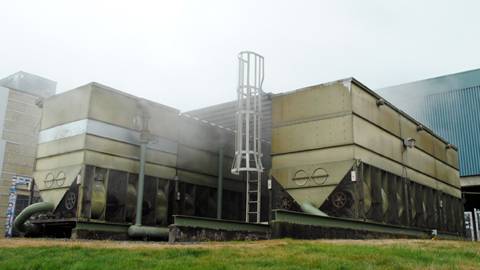 The cooling towers at triumf presently transfer all of the waste heat into the atmosphere. This waste heat could be used to provide thermal energy via a hot water district energy system.