The UBC Centre for Comparative Medicine was completed in 2012. The centre provides animal care and is the most energy intensive building on campus.

Shortly after the centre became operational, UBC’s Energy Planning and Innovation (EPI) group discovered large quantities of standby steam being vented from the building. Not only was the venting wasting energy and water, but it was also causing the building’s heating system to perform unreliably.

We increased the centre’s reliability and efficiency by retrofitting its boiler system, which involved:

The retrofit project was completed in the summer of 2014. As a result, we’ve reduced the centre’s water consumption by half, and we’re on track to save 14 per cent of the centre’s annual natural gas use. 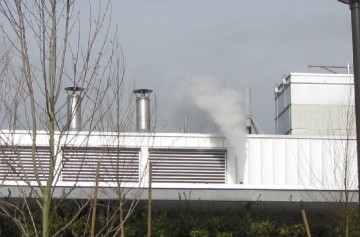