UBC completed a major renovation on the Biological Sciences West building in 2012, which included replacing its mechanical system. Upon investigation in 2014, we found that the building’s highly advanced heating and cooling system wasn’t running optimally.

The building’s hot water loop was being heated using steam, but the cooling tower was also running to reject excess heat out of the hot water loop. Heat was being both added and rejected simultaneously.

To optimize the building’s heating and cooling system, UBC’s Energy Planning and Innovation (EPI) group modified the controls sequencing so simultaneous heating and heat rejection would no longer be possible. The team also tweaked the building’s entire heating system, allowing it to operate at a lower temperature. These changes have reduced the building’s steam demand by over 10,000 gigajoules (GJ) per year, and saved almost $100,000 worth of energy and 500 kilograms of carbon emissions annually. 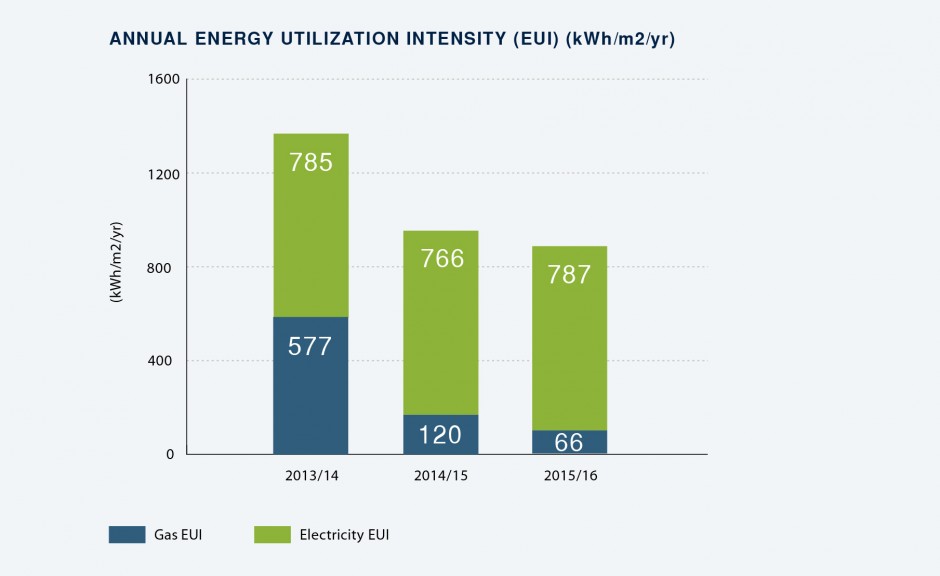