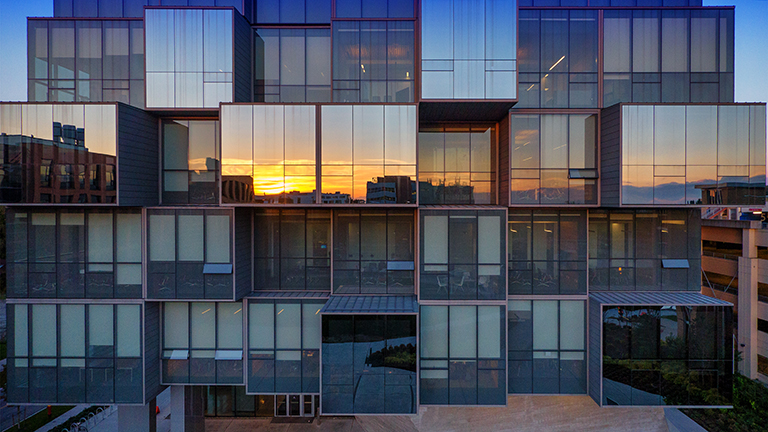 The Pharmaceutical Sciences building is one of UBC’s newest and most mechanically advanced buildings. Housing not only the Pharmaceutical Sciences program but also the campus’s main data centre, the building’s heating, ventilation, and air conditioning (HVAC) system demands are high. The building is roughly 246,000 square feet in area and contains offices, teaching lab, research laboratories, as well as a large atria space for integrated learning.

After construction was completed in 2013, building operators and occupants noticed some areas of the building were always too hot or too cold. The building’s electrical consumption was also abnormally high. The UBC Energy Planning and Conservation(EPC) group investigated. 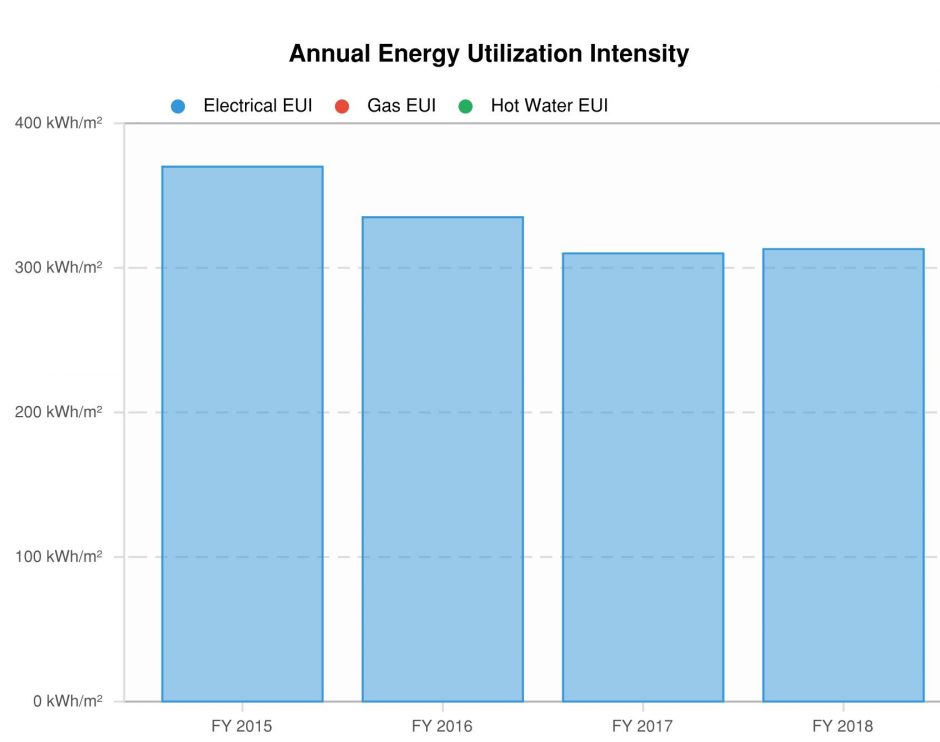 Over the years, the Energy Conservation group has reduced electrical energy consumption of the facility by 16%.

The team discovered that there were some oversights in the programming of the computer-based Building Management System (BMS), which controls HVAC system functions. The building’s HVAC system is complex, and the BMS was not optimized for the equipment present.

Heating temperatures were set incorrectly, or didn’t match design specifications. Equipment would turn on, but wouldn’t turn off. Sometimes, spaces would be heated and cooled at the same time. Through extensive tweaks and some BMS program rewrites, EPI managed to reduce the building’s energy consumption drastically.

Built on the success from the Earth Sciences VAV Exhaust Pilot, the VAV Exhaust project was expanded to the Pharmacy Sciences.

The project involved re-programming the way the existing variable speed drives were controlled on the lab exhaust fans to a demand based system that varies the fan speed based on building static pressure needs, wind direction, and speed.

Measured numbers from 2018 show the project has reduced electricity consumption at Pharmacy by over 1000 MWh.