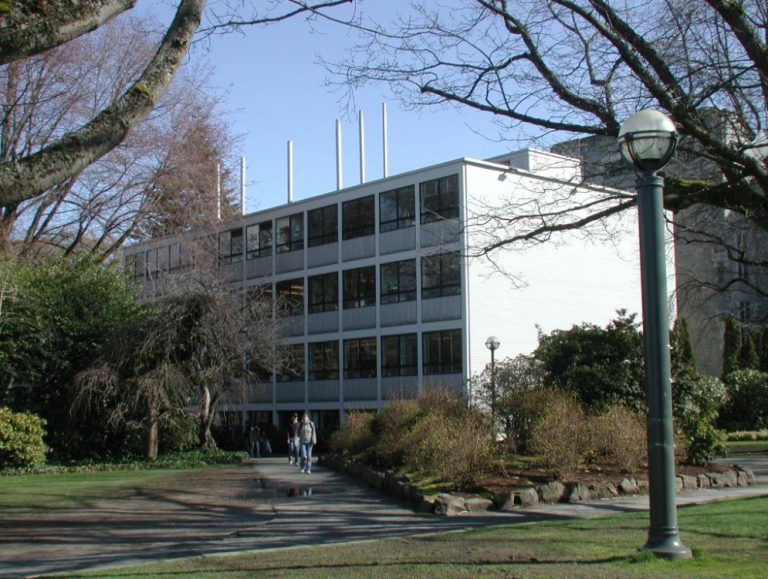 With the high density of fume hoods in the lab, the air change rate in the lab was 20 ACH, even with all the fume hoods closed, while UBC Technical Guidelines require a minimum of 8 ACH. By reducing the minimum airflow set points for the fume hoods (when sashes are closed), significant fan energy and heating energy could be saved.

At CHEM E, the minimum fume hood airflow was set as 25% of the design maximum flow of the fume hood with the sash fully open. This flow was substantially higher than the flows required by new codes and standards. It was decided that the minimum flow rate would be set to the highest of the rates specified in ANSI Z9.5-2012.

Through collaboration with UBC Risk Management Services (RMS), it was decided to conduct a full ASHRAE 110 test on a sample of the fume hoods after the adjustment to test the containment of the hoods with closed sashes at the reduced flow rates – a test that was passed by all hoods tested.

As a result of this project, the minimum flow for each hood was reduced by ~30% and is expected to save $7000/yr in combined fan energy and thermal energy savings.